The last few years have seen increased pressure on the existing network infrastructure and this has exacerbated during the COVID-19 pandemic, as millions of people work and study from home. This brings up the need for networks to use robust strategies such as load balancing, the ability to scale resources dynamically and implement superior routing […] 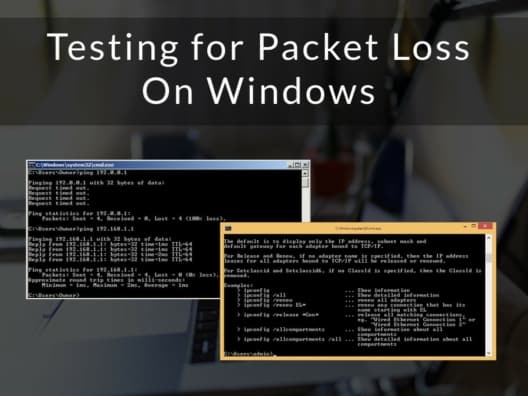 Sending and receiving data from the Internet has become such an integral part of our lives that we don’t even think about the nitty-gritty details of how it is transported, until a problem comes up in the form of slow connections, dropped calls, or no response to your requests. When these problems occur, you’d want […]

Two files can be used to troubleshoot RAS problems: device.log and ppp.log. These files need to be enabled in the registry. For device.log, set HKEY_LOCAL_MACHINE\SYSTEM\CurrentControlSet\Services\RasMan\Parameters\Logging to 1. (default is 0) This will show you the communication between the server and the modem. For ppp.log, set HKEY_LOCAL_MACHINE\SYSTEM\CurrentControlSet\Services\RasMan\PPP\Logging to 1. (default is 0) This will help you […]

In this article we discussed how to install the telnet service on NT 4. Windows 2000 comes with a telnet service. Now, telnet is nasty, because it does not provide encryption like SSH does. One cool thing about telnet, though, is that it is great for testing layer 4 stuff. We will use this in […]

In LDAP / Palm OS integration, we struggled with one of our favorite problems: integrating our Palm OS address database with email. Well, since then, we have been using SquirrelMail for most everything. We still do use our Palms as well. SquirrelMail can be configured to share the address book simply by creating a symbolic […]

SnipSnap is a multi-purpose tool for collaborating. What attracts us to this particular Wiki implementation is the ease in which it deals with code snippets. It is also written in Java. For a couple awesome demos of how this can work in collaborative dev environments, see: expTaskDemo_v2 SnipSnap_Project_Demo Let’s install it and run it: u-1@srv-1 […]

Vsftpd is claimed to be,”Probably the most secure and fastest FTP server for UNIX-like systems.” Well. That makes us want to look at it. What we need in this case, is for users with accounts on our system to have the ability to upload and download files without any other required client utilities; however, we […]

Have you ever wondered just what the Simple TCP/IP Services did? Well, we did. On Windows Server 2003, you can add this service under Control Panel, Add or Remove programs, Windows Components, Networking Services: Here are the associated RFCs for the services: Quote of the Day Protocol Daytime Protocol Character Generator Protocol Echo Protocol Discard […]

Microsoft is starting to get it with Systems Center 2012, but if you haven’t followed Chef, check out this concise perspective by the folks that blazed this trail: Now, one might *think* that this is a structural fork in the road, and Microsoft is on a different (but similar) road, but this isn”t necessarily so. […]