Now, you could consider this an article about how to set up a web cam using GNU/Linux or something… Naw… We want to write a story involving chickens. Crackers is Agatha’s new GIAGD machine that she uses to put up pictures of the chickens living in her moveable chicken coop. We bought a used SE440BX-2 Motherboard, and put it in a compact case. We hooked up a Logitech QuickCam Express USB, and compiled Video For Linux into kernel 2.4.20. Here is crackers config file. See the other GIAGD articles for help in creating a minimal system based on this kernel. We used the USB Quickcam Video Camera driver site at Sourceforge. There is no video device in /dev, so you have to create it:

Now, we don’t want tons ‘o stuff on this system. The idea is that it is a minimal system used to gather pictures, rather than a desktop system. So, we wanted a utility that merely grabs a frame from the camera. Videodog is the perfect utility for this. Now, you will need to install the JPEG libraries available on xfig here. Make sure you use the –enabled-shared option when you run ./configure, so you get libraries needed for videodog. The rest is pretty straightforward. To capture a frame:

Here is the chicken cam: 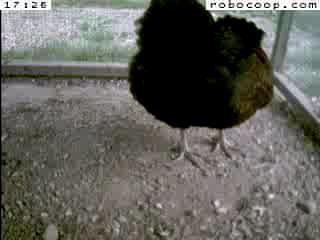 Here is the completed system mounted in the coop: 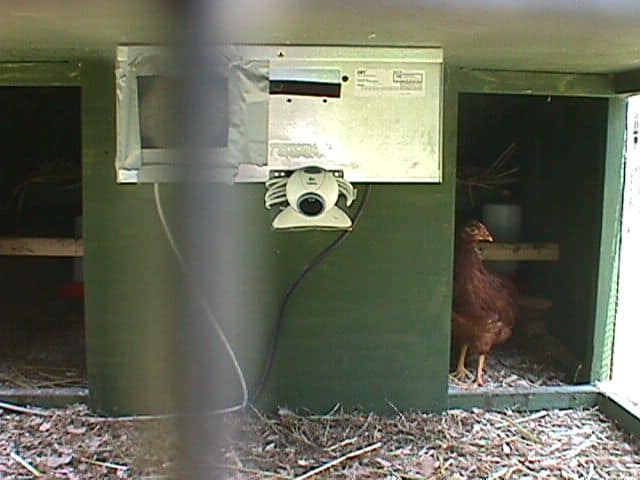