Wake-on-LAN (WoL) is a great feature that is built into most Computers and Servers that allows you to send a special WOL Magic Packet over the network and wake up the machine from a Sleep or Hibernate state.

Wake-on-LAN Packets are typically sent from a tool or software over UDP Ports 7 and 9 which then wakes up the device (Computer, Server, Router, Switch, etc).

Having a Wake-On-Feature enabled allows your device go to into a Low Power mode to conserve power if the machine is not being used.

Here is our list of the best Wake-on-LAN tools:

Wake-on-LAN should be both enabled in your Motherboards BIOS and on the Network/Ethernet Interface settings as well in order to work correctly.

If you need remote access to device, whether a terminal or desktop computer, but allow it to go into a low-power state mode, than WOL is a great option to turn on.

Below you’ll find an Updated list of most popular Wake-on-LANn Software and tools that will help you send a Magic Packet to wake up any device within your network.

Some of these tools/software are Free and others have paid options with more features and capabilities than their Free counterparts. 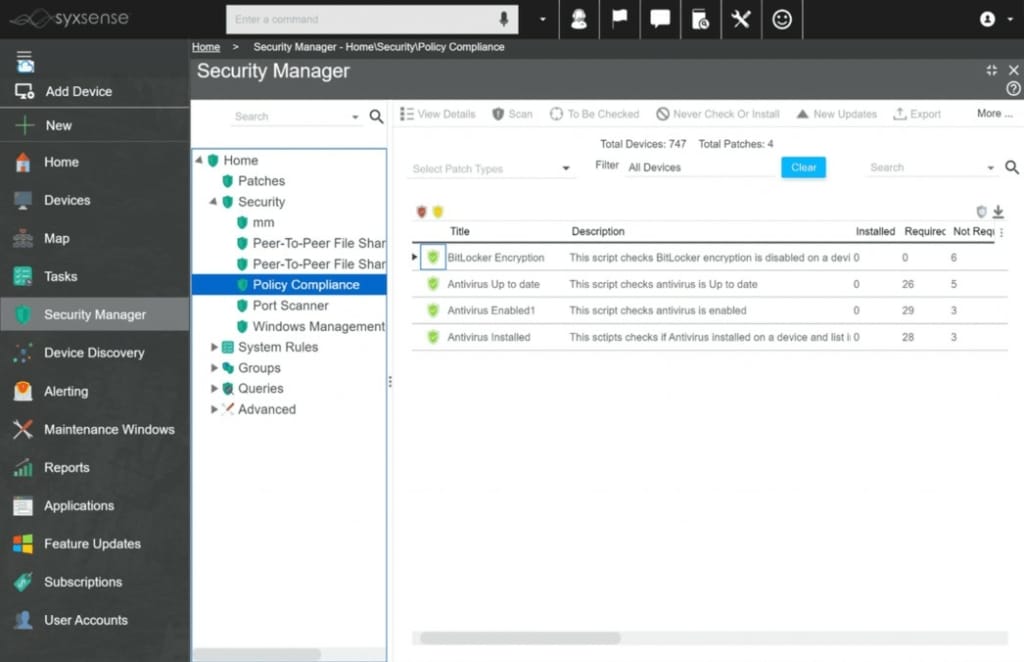 Syxsense Manage is a package of tools that enables the management of devices on a remote network. The systems included in this bundle include a Wake-on-LAN utility.

Other systems in Syxsense Manage include a device discovery service and a software inventory scanner. The tool is launched through a Web browser and so can be accessed from any operating system from anywhere.

Syxsense Manager can unify the monitoring of several remote networks and is offered as a SaaS platform that includes 50 GB of cloud storage space.

OpUtils is part of a large bundle of tools from ManageEngine but has the ability to be a great tool for a medium to large network environment!

OpUtils provides an easy Interface the offers easy WOL implementation with many features that include some of the following:

To get a better understanding of this product and if its what your looking for, go ahead and follow the link to their main website and have a read through it!

Price: ManageEngines has a free edition of OpUtils with 16 tools. 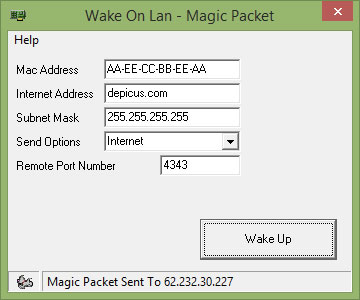 Depicus WOL Tool has an updated interface that gives you the ability to send Magic Packet to over the via FQDN, IP Address or Ip Address.

Updated version has a new interface that Matches Windows 7 & 8 GUI and gives you the ability to specify a Port Number as well!

Nirsoft has a long list of tools that assist network admins and engineers with daily tasks including remote WOL features of new systems including Windows 10 and up.

Some features of Nirsoft WakeMeUpOnLan include: 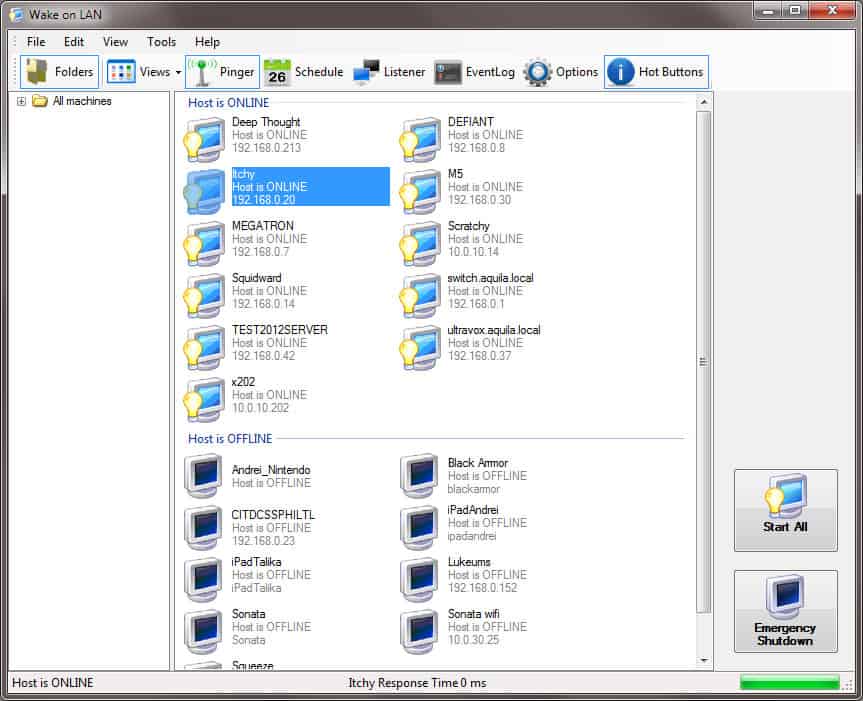 Aquilatech WOL software has quite a few noteable features that we really like in terms of overall use and capabilities.

Major features of Aquilatech offering include the following: 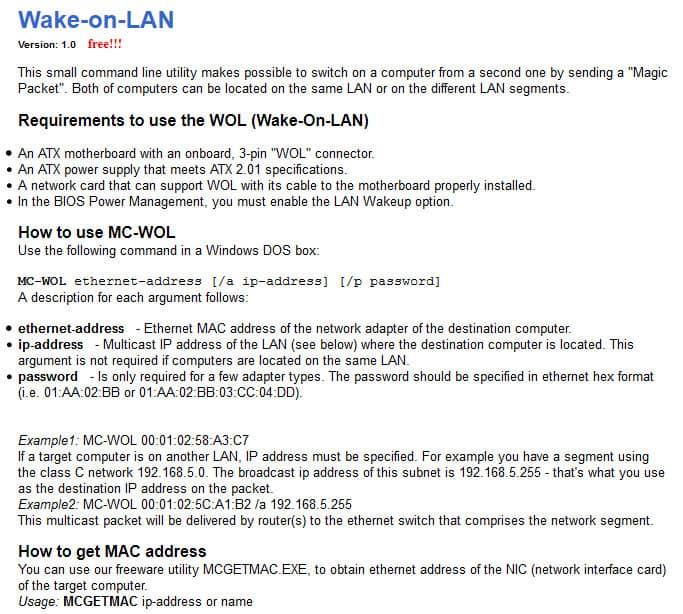 MatCode.com Wake-on-LAN command-line tool Does Not have a GUI  – it is strictly command-line only and has very limited functionality.

WakeUp utility is fairly old and outdated and is hosted on Sites.google.com – the Utility initiates a Magic Packet to wake up remote PC’s via Command-line as well. You will need the Mac Address of the remote computer and make sure the Wake On Lan is configured properly on both the network Interface and BIOS.

Utility is Outdated but Download is still active via the URL Below. 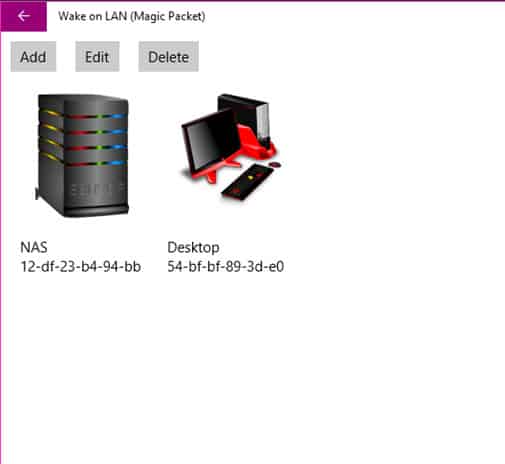 This utility is hosted on the Windows Store and ONLY works on Windows 10 and Windows 10 Mobile versions.

The application is simple and very straight forward. You will need to specify the PC Name and Mac Address of the corresponding machine and add it to the inventory of the program.

From there you can click on it and Send WOL (magic packet) from the menu, as seen below: 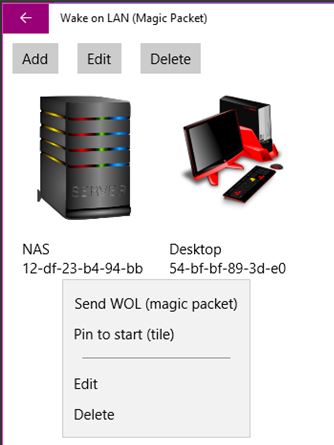 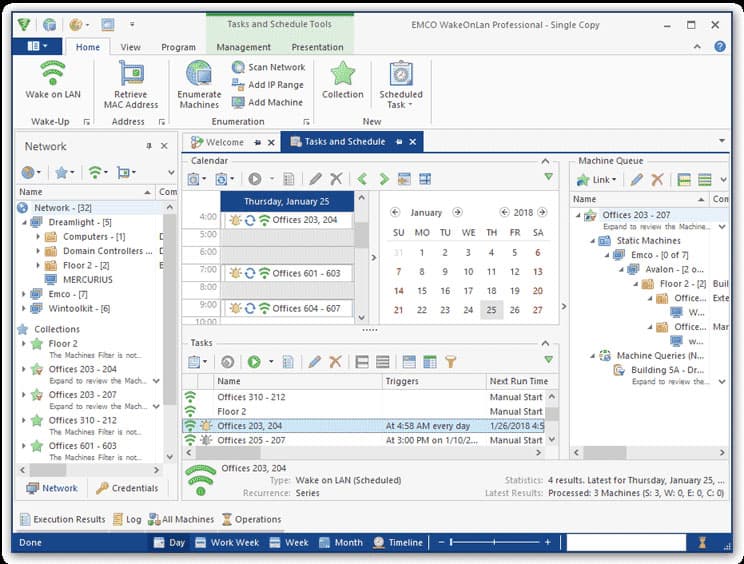 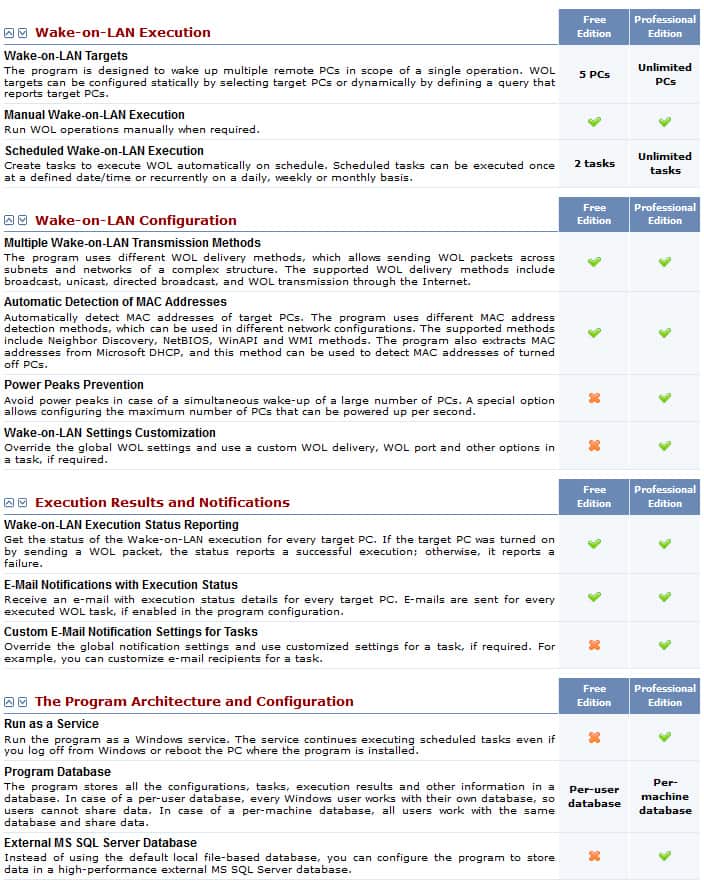 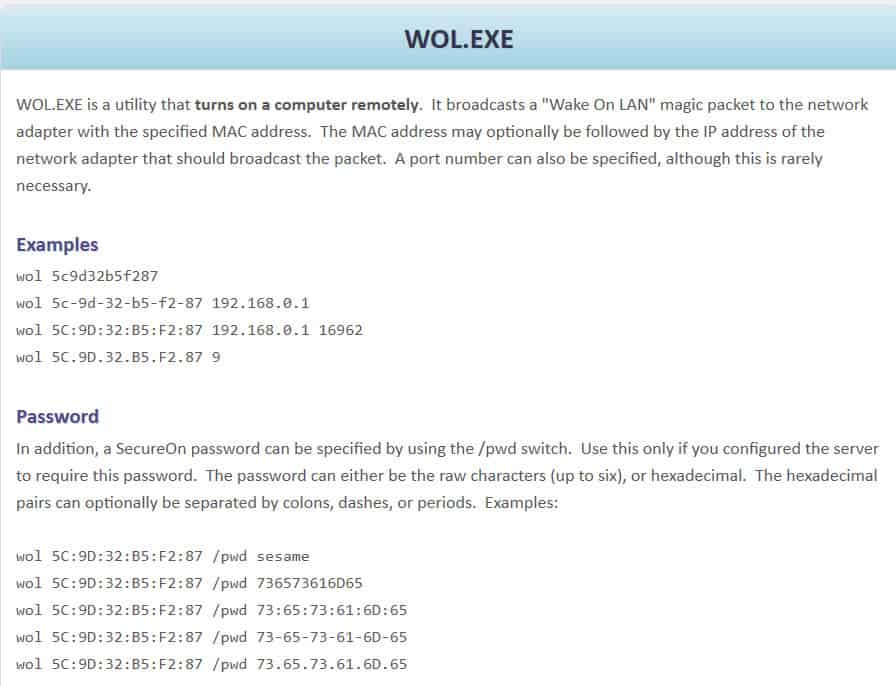 Gammadyne.com has a great little Command-line WOL utility that gives us the ability to send Magic Packet over the network via cmd line.